In these extraordinary times, TTFF remains open for business, although with some limitations. We acknowledge the risk and encourage everyone to take precautions as the experts advise–stay home if you can, avoid crowds, wash hands frequently, as we are doing.  We expect that our work and yours will move along more slowly for some time,  but we’re optimistic that with due care by each of us and with the help of medical professionals and the appropriate authorities, that the risk will be brought under control.  Thanks to everyone for your past support.

Posted in Blog | Leave a comment | Back to top

TTFF Welcomes Joe Matara to the Board of Directors

Posted on February 27, 2020 by Michael McLaughlin 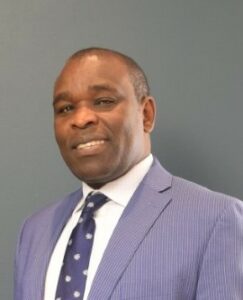 TTFF is proud to announce the addition of Joseph Matara, CPA to our governing board.  Joe was born in Kenya. He was educated in the US, earning his BS, MBA and CPA in New Jersey. He has wide professional experience as CFO in two large non-profit organizations.  And he is a person of generous spirit. Joe initially contacted Trees That Feed two years ago.  He had established several schools in Kenya, and wanted fruit trees to help feed the students.  TTFF has donated over 1,000 trees to his projects. Joe has also helped us to distribute trees in other parts of Kenya, Uganda, Tanzania and Mozambique.   Welcome to Trees That Feed Foundation, Joe!

Posted in Africa, Blog, Heroes, Recent News | Leave a comment | Back to top

Posted on February 25, 2020 by Michael McLaughlin 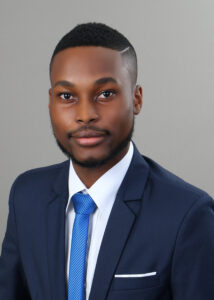 We have lots of exciting news this week.  First, we’re happy to announce the winners of our Short Story competition.  Congratulations go to Oraine Campbell, first prize winner of $250, for his story, “By the Grace of Breshay.”  For non-Jamaicans, Breshay (or Bresheh) is a local nickname for breadfruit.  Oraine is a medical lab scientist and a chef at home.

Congratulations also go to L. A. Wanliss, for the story “Bresheh King,” which won second prize of $100.  Lesley-Ann is a published writer and prize winning playwright. Congratulations go to both of these talented young writers!

Runner up awards went to Tajha Winkle, Jordan Garvey, Alexi Brown and Kodi-anne Brown.  The awards were presented at an event at the University of the West Indies, Mona, Jamaica. 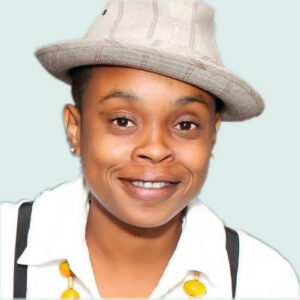 This competition honors two inspiring UWI educators who loved the written word, Joan McLaughlin and Gloria Lyn. Both Joan and Gloria attended the University as mature students. Both became lecturers and particularly enjoyed teaching the wonderful stories of Jamaican folklore and promoting literature. Both women have passed on but their memory lingers as literature continues to transform lives.

Stories were invited around the theme of breadfruit.  The stories were to be set in the Caribbean, a story, modern folk tale, autobiographical or fictional, but including breadfruit as a meal or a breadfruit tree or trees.  Over two dozen entries were received.   Thanks go to the three judges, Lynn Kelso (a TTFF Board Member Emeritus), Judy Osgood and Fred Kennedy, who thoroughly reviewed all entries and carefully selected the winners.  The judges overall were pleased with the entries and want to encourage everyone to continue to write and hone their writing skills.

Watch for the next issue of JamaicanEats, a food-related magazine published by Grace Cameron, based in Canada.  For more information, or to subscribe, contact her at [email protected]

The competition was launched by Trees That Feed Foundation’s Mary McLaughlin, in honor of Joan Elizabeth McLaughlin, her mother in law.  The competition is co-sponsored by the Gloria Lyn Memorial Fund, chaired by Cathy Lyn, daughter of Gloria Lyn.   Joan and Gloria have passed on but their memory lingers on as literature continues to transform lives.

Posted in Uncategorized | Leave a comment | Back to top

Posted on February 16, 2020 by Michael McLaughlin 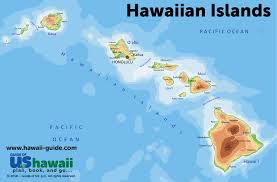 A research team from the University of Hawaii recently published a paper in the Journal of Food Composition and Analysis.  Titled “The response of breadfruit nutrition to local climate and soil: A review”, the team reports some interesting findings. Well, not surprising we think — breadfruit nutrition is affected by climate and soils — but maybe not exactly what we thought!  Specifically:

Trees That Feed wants to acknowledge the pioneering work of our colleagues in academia.  While we’re planting trees, they’re doing the research we need to understand the full potential of the beautiful breadfruit!

Posted in Blog, Breadfruit, Nutrition | Leave a comment | Back to top

Posted on January 25, 2020 by Michael McLaughlin

The Caribbean Philanthropic Alliance is a regional charity, based in Jamaica.  They were launched in 2019 with a focus on accelerating achievement of the UN’s Sustainable Development Goals. To accomplish this they’re seeking to develop partnerships across the Caribbean region. Their major project currently, led by Dr. Rosalea Hamilton, Chair, is to plant a million trees across the Caribbean within the next 15 months.  They will directly address Climate Action and Life on Land goals, and ultimately most of the 17 SDGs.  (For more about the goals, click here.)

It’s an ambitious project but they are moving right along!   Already 12 countries are involved. The volunteers are energized!

CariPhil’s mission is closely aligned with TTFF although they will plant timber and decorative trees as well as fruit trees.  Nonetheless we are delighted to collaborate!

Mary McLaughlin, our founder, has been super helpful with the  project launch. She’s been involved in building the country network, and serves on the steering committee.  Trees That Feed has made an initial pledge of 20,000 fruit trees, to be located in several of the countries. 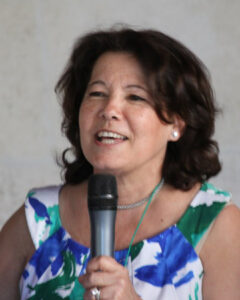 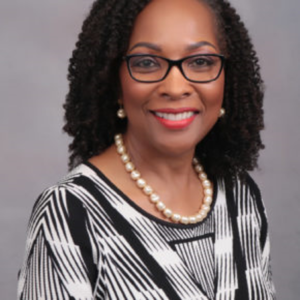 Check out this terrific project at https://cariphilalliance.org.

And bookmark this blog.  We’ll update from time to time with the latest progress.

Posted in Blog, Recent News | 1 Comment | Back to top

Posted on January 24, 2020 by Michael McLaughlin 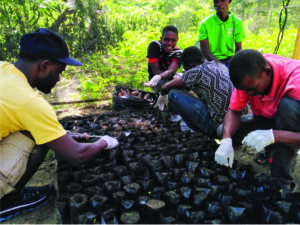 We’re happy to report that St. Joseph Clinic in Thomassique, Haiti, is successfully propagating breadfruit seedlings!  This is very exciting for us … we really want to plant more trees.

SJC is also producing breadfruit flour from 15 trees donated to them years ago by Trees That Feed!  Read their full report here.  It includes detail and several more photos.

We at TTFF are ecstatic to see this successful propagation program.  It’s not as easy as it looks!  But the good folks at SJC spent the necessary years, with a little help from their friends, to bring this to reality.  It took a while but it’s quite a success story.

Big thanks go to Logan Schulz who sent us this excellent report.  Thanks also to CASE and Mr Alfred McLean in Jamaica, who generously shared the necessary technology.

Posted in Blog, Breadfruit, Recent News | 3 Comments | Back to top

We told you … the World is Discovering Breadfruit!

Posted on January 23, 2020 by Michael McLaughlin

The government in the Phillippines is now looking at breadfruit to boost food security. 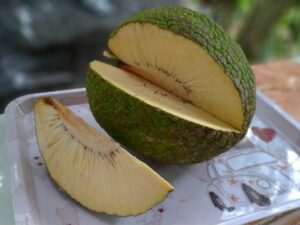 Many locations in the Phillippines are ideal for growing breadfruit.  As in the Caribbean years ago, the fruit was available but taken for granted.  Now, artocarpus altilis, or Rima, or Ulu, will become a staple food alongside rice.

We at Trees That Feed like to think, modestly, that we had something to do with raising worldwide awareness of this important food.  (Kudos also to the National Tropical Botanic Gardens for their years of research into breadfruit!)

Posted in Blog, Breadfruit, Recent News | Leave a comment | Back to top

The World is Discovering Breadfruit

Posted on December 30, 2019 by Michael McLaughlin

We are delighted to see the world waking up and discovering (rediscovering?) breadfruit. We’ve seen three major media exposures recently. 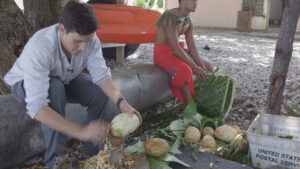 In November CBS Sunday Morning visited the National Tropical Botanic Garden, saw the collection of breadfruit trees and interviewed Dr Diane Ragone.  TTFF has worked with Dr Ragone for 10 years and we greatly appreciate her research. Thanks for the feature, correspondent Conor Knighton!   Click here to see the video clip.

Then just in the last few days Forbes published an article about breadfruit and its potential for food security. They interviewed agricultural economist Omardath Maharaj and provided lots of good information about breadruit nutrition. To see the article click here.   Thanks go to author Daphne Ewing-Chow. And good luck to Omardath with his continuing project.

Back in 2018 the BBC ran a very informative feature on breadfruit and its history and impact in French Polynesia.  Thanks go to author Laura Kiniry.  Click here to see the article.

And of course Mary McLaughlin our founder has been featured on WGN more than once.  Click here to see our report on her interview with Steve Sanders.

We’re too modest ever to boast … but we feel that Trees That Feed Foundation through our work over the last 10 years has helped greatly to raise awareness of this very important “super” food!  We are delighted to see all this information going mainstream!

Posted in Blog, Breadfruit, Recent News | 1 Comment | Back to top

Posted on October 19, 2019 by Michael McLaughlin 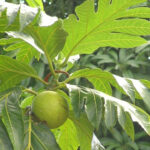 Food Tank is a think tank working to improve nutrition, educate, and improve food systems.  Trees That Feed is a member of their network. Recently Food Tank featured a nicely written short article about us.  We’re delighted to get the recognition!  As more people become aware of our work, we’ll become even more effective at carrying out our mission.  We’re planting more trees and alleviating hunger with tasty, nutritious, natural foods!  Click Here to read the article.

Posted in Breadfruit, Food Security, Recent News | Leave a comment | Back to top

Posted on August 29, 2019 by Michael McLaughlin

Thanks to our volunteer Michael Morrissey,  300 copies of the Trees That Feed Foundation coloring book are today on the way by courier to the kampung of Taram in the province of West Sumatra.  Thanks also go to Muhamad Hatta Havis, a graduate of one of the schools, for translating!  Thanks also to sama sama, the Jamaica-Indonesia programme for its support!

This is the first Indonesian edition of this wonderful book that teaches the value of fruit trees, with special mention given to the breadfruit, sukun!  Children of two early childhood centres and five primary schools of the village will gather with their teachers to receive their own book and a set of crayons. The teachers will receive a teachers’ guide to maximize value of the book in the curriculum.

Our TTFF coloring book is now in 5 versions … English, Haitian Creole, Spanish, Bahasa (Indonesian) and Swahili!  Over 8,000 have been distributed to schools!  Order a copy now on Amazon!

Posted in Blog, Coloring Books, Heroes | 3 Comments | Back to top
TREES THAT FEED