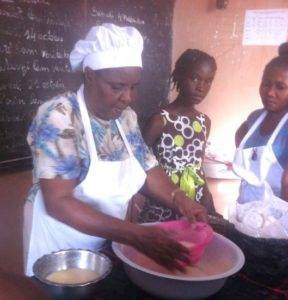 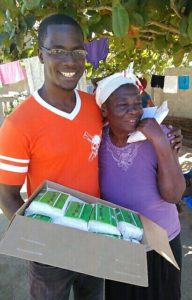 In Port au Prince, we’ve organized several cooking schools. Working with local chefs, we have developed recipes for an instant Fritay mix, and other delicious foods. Fritay, a Haitian fried dumpling, is a staple street and kitchen food.